While cannabis legalization gains momentum nationwide, its major reforms continue to occur on a state-by-state level — not federally.

This increasing cannabis legalization mirrors the wider opinions of the American population, 67% of whom believe the purchase and use of cannabis should be legal for adults. This figure represents a distinct shift in consumer consciousness. In 2000, only 31% said medical and recreational marijuana should be legalized.

This report traces how state legislative trends affect marijuana- or cannabis-related businesses (MRB or CRB), both plant-touching and ancillary. It reviews:

The State of Cannabis Laws Across the United States

Cannabis remains a Schedule I drug under the Drug Enforcement Agency’s classification system. States, however, possess the authority to ignore DEA enforcement and spearhead major policy reform regarding cannabis usage, both recreationally and medically. Over 30 states, as well as Washington, D.C., have legalized medical marijuana, with 11 of these states and Washington also permitting recreational cannabis usage.

To understand the tapestry of marijuana laws by state, we must first review the six categories, or stages, of legalization currently quilting contemporary cannabis policy. Every state in the nation currently sits in one of these six stages.

Tracking the legalization stages in your home state is pivotal to noting regulatory trends and its potential business impact, from developing business opportunities to changes in business tax rates, filings, banking options and industry-governing agencies.

In particular, states must answer who can grow, cultivate, test, retail and use cannabis and cannabis derivates. Tackling this involves each state setting the following common cannabis regulatory frameworks:

While sensible cannabis regulations overlap more than they differ, states still maintain some key variations. These legal discrepancies are just as important to note, particularly for ancillary MRBs or business owners looking to enter the ancillary cannabis commercial space. 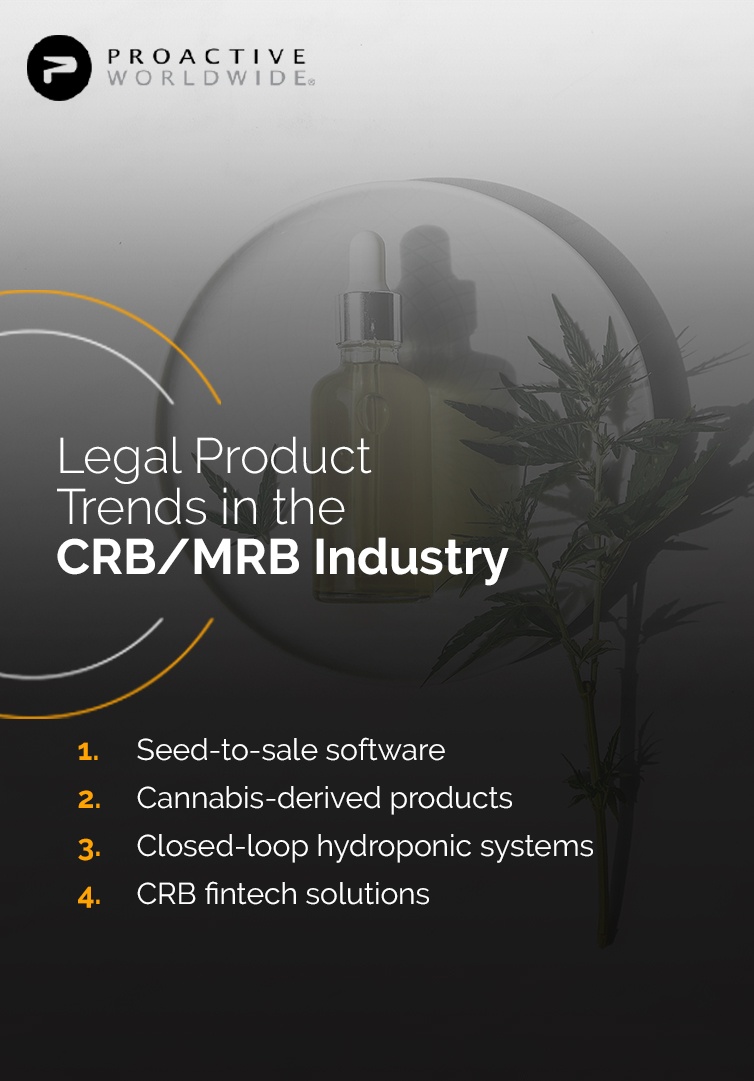 Even within today’s patchwork of cannabis laws, entrepreneurs are finding highly profitable product niches in the wider cannabis industry. These cannabis-related products below are particularly valuable pieces in today’s “green rush” puzzle — and forecasted only to grow more so.

These laws in the works at the state level represent major policy shifts that will help stabilize — and standardize — legal commercial cannabis operations in the United States. For business owners, these are particularly important pieces of legislation to track as state legislators return to normal sessions.

The Strengthening the Tenth Amendment Through Entrusting States, or simply the STATES Act, would officially end federal obstruction over states regulating medical and recreational marijuana use. At its core, the STATES Act permits all states to create exemptions from the Controlled Substances Act (CSA), which classifies cannabis as a Schedule I drug.

What’s more, the STATES Act augments protections for banks serving CRBs/MRBs, which was passed under the SAFE (Secure and Fair Enforcement) Banking Act in September 2019. The SAFE Act seeks to eliminate federal prosecution of banks providing services to legally registered cannabis businesses. At present, banking hurdles represent one of the largest pain points in the legal commercial cannabis industry, since FDIC-insured institutions are barred from conducting any business with cannabis organizations.

Currently, 22 states, as well as the U.S. Virgin Islands, have bills in session to legalize cannabis for medical and/or recreational purposes as well as bills related to regulated medical or recreational cannabis.

Bills of note include:

Thirteen states have decriminalization and cannabis judicial reform bills up for a vote. These 13 join the 26 other states and Washington, D.C., to legalize cannabis possession for commercial and/or consumption uses.

Decriminalization bills of note include:

Comprehensive medical cannabis legislation seeks to validate the medical applications of cannabis. In addition, this type of bill can widen qualifying patient access to cannabis and cannabis derivatives by setting up realistic dispensary and home cultivation regulations or rectifying contradictory state laws.

Twelve states currently have such comprehensive medical cannabis bills up for a vote, joining the 33 other states as well as Washington, D.C., with legalized medical marijuana. Those bills of note include:

The Future of Marijuana Legalization

What trends can business owners and entrepreneurs reasonably forecast for impending state cannabis laws? Several stand out among industry analysts.

Understand the full implications of entering the cannabis market, including direct production, distribution, sales or vendor partnerships, with our report “Marijuana Money: Can We Take It to the Bank? The Future Is Hazy.”