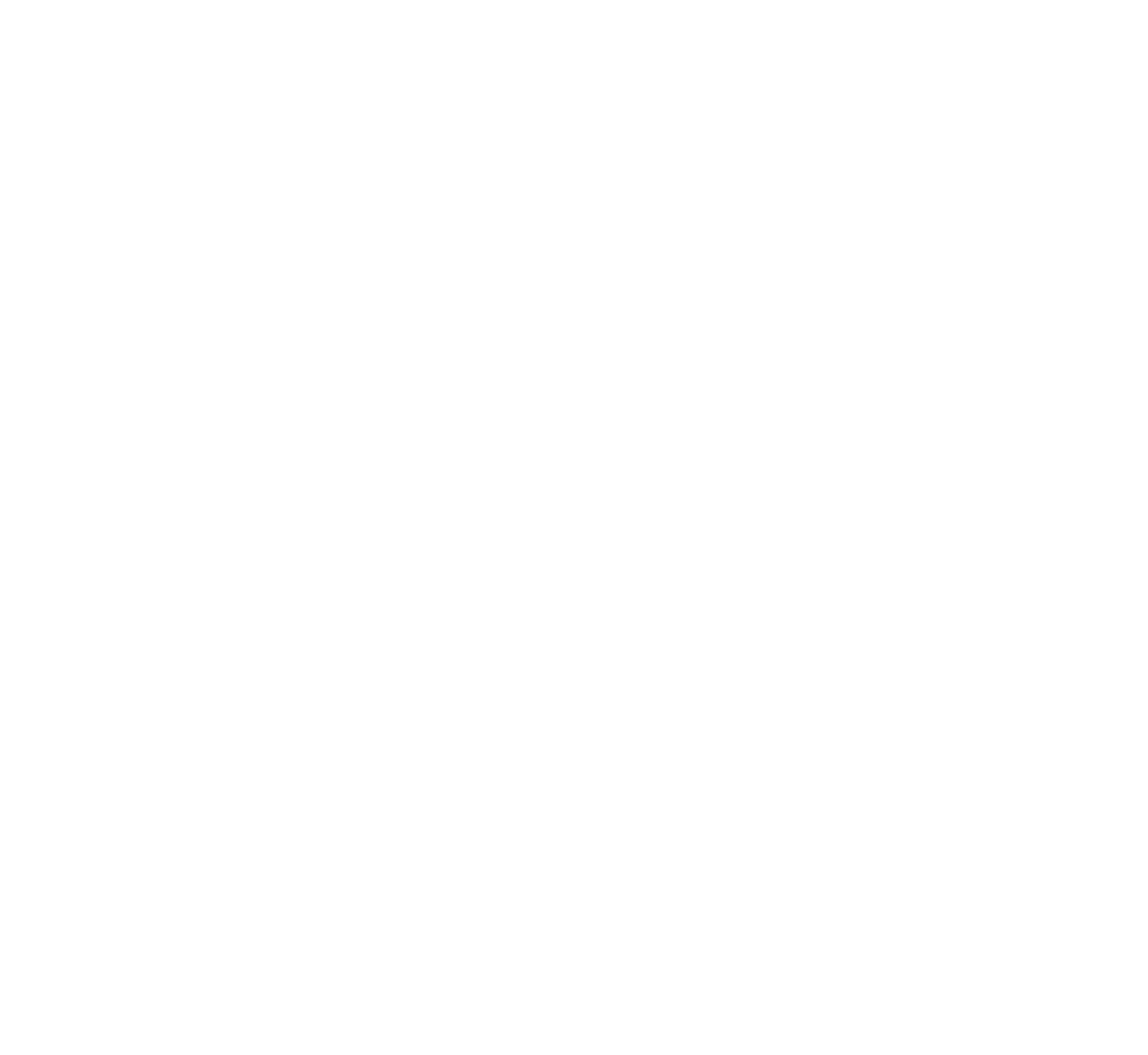 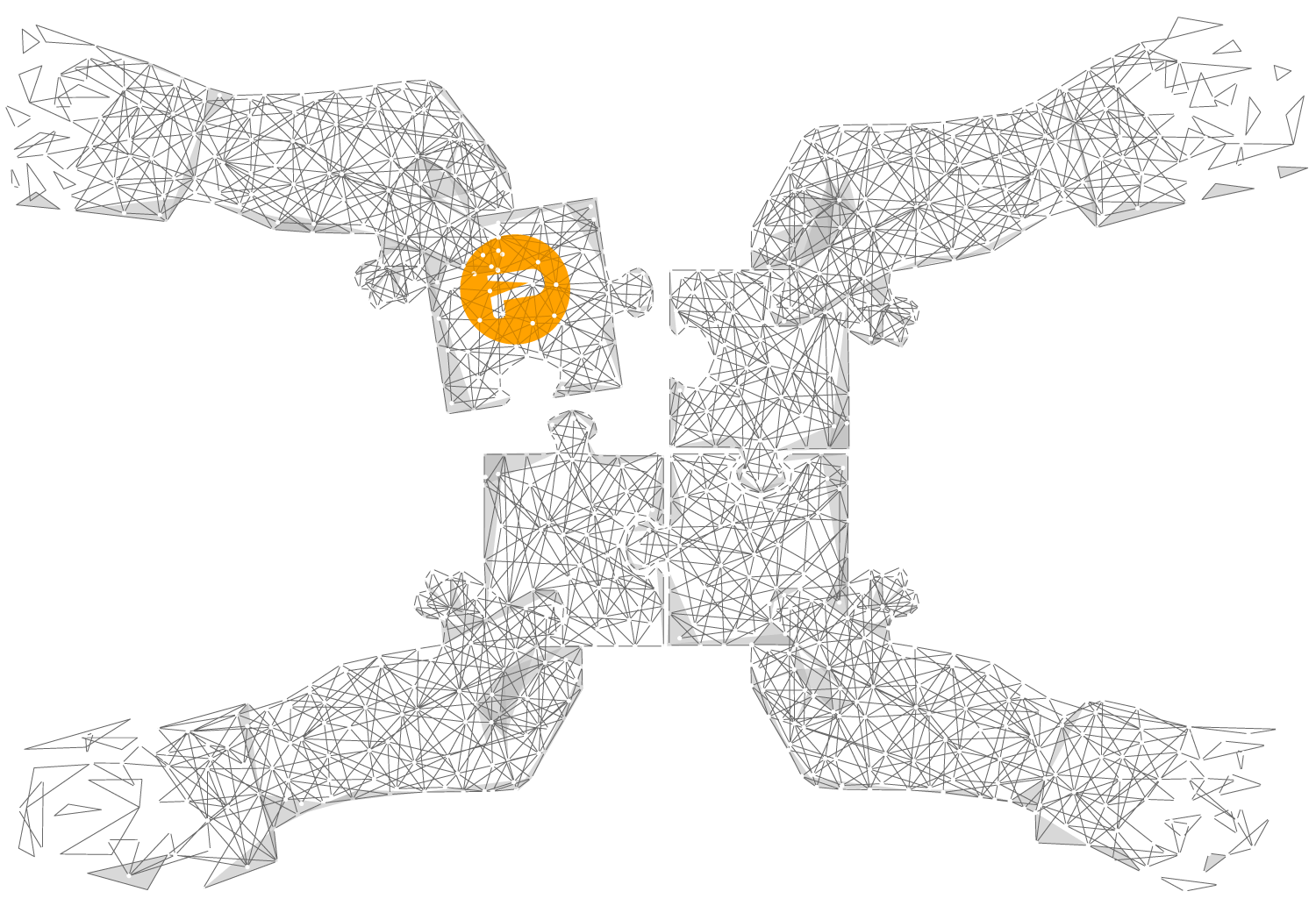 What does it cost to transform the fabric of people’s lives? We learn that in this episode — along with a summary of 6 key factors for a successful war game, plus how to prep until you’re ready for your own war game.

BE MINDFUL OF HOW TO START

When initiating the first stages of a war game, you don’t want to offend somebody who has worked hard to put together a strategy for the company. A lot of time and effort have likely been put into establishing a smart direction for the company, and they may even be realizing some levels of success.

Nobody likes to hear that what they’ve done is wrong, but that’s what can happen if someone feels that current strategies are being challenged. If you can establish an environment where it’s not about right or wrong but rather about evolution and continuing to build on momentum, your business war game can start off with much greater acceptance. A lot of different people in different functional areas typically never get asked for their input, but the war game approach helps bring cross-functional people together and so they can collaborate in a way that allows them to respect and appreciate everyone’s piece of the puzzle.

There’s a big difference between the Japanese culture of decision making and the culture in the U.S. In the Japanese environment, typically an idea, a strategy or a launch will pass along to each functional area and they’ve got to literally put their stamp of approval on that plan and their contribution it can go to the next phase. Imagine a jagged line. Then all of a sudden, everybody along the way who’s involved in executing agrees with the plan and then it’s a straight line toward the target.

In the U.S., there’s typically an immediate approval by an executive and then an execution of a jagged line. You’ll hear marketing say something like, “We need more time to develop the marketing piece” and sales say “that price is too high. I can’t sell it at that level.” Regulatory jumps in with “Did you consider this upcoming pending legislation?” All these things delay or even derail the launch, whereas in other cultures, like the Japanese, these considerations are made before the decision to execute. What we’re trying to do with a business war game is have some of that discussion about your strategy before you hit the “enter” button.

PRESSURE TEST A STRATEGY LIKE YOU WOULD A PRODUCT

If you’re going to roll out a new hamburger as a big fast food chain, usually you’ll test market it in a handful of stores. If you have great success and great feedback then you’ll roll it out. Or, you’ll change the formula, the taste or some other product factor to get it right. It’s prudent to engage in some level of piloting.

Why aren’t we doing that with our strategies? Companies are not pressure testing their strategy before they roll it out. It’s as it’s rolling out that they tinker with it and change it. But the prudent thing to do is to figure that out beforehand.

If you’re creating a software launch, you have multiple versions and iterations and you have beta groups and feedback and then you tinker with it before it fully rolls out. You get the bugs out. It’s not always perfect, but there’s a process that resolves as many issues as possible before a full release.

You don’t often see the same rigor with people testing their strategies to see if it’s the right strategy. In fact, in some cases they might not have any strategy. They might be winging some things and that’s where the tool of war gaming and simulations help create a more straight-line strategy.

The time investment for a point person within an organization — whoever’s helping to coordinate with our firm, may have 10 or 12 hours over the first couple of weeks to help map out and design clear objectives for the game.

The participants themselves — typically five to eight per team, cross-functionally, usually don’t have to spend much more than an hour to 90 minutes ahead of the war game reading the briefing book, which is the only preparation they’ll need.

Then, there’s the day itself and then any post-work activity which is established at the end of the war game where we define clear sets of responsibilities of who’s going to do what by when, based on what we just determined as prioritized actions. And then these groups will set up meetings the ensuing weeks to start to put that into action. Overall, there’s not a whole lot of other time investment by the majority of the people who participate.

Preparing for a war game is about an eight to ten week process total. The first couple of weeks are planning the overall engagement and getting a better understanding of the objectives and who’s going to participate and where the event is held. Is it onsite or offsite? What information already exists within an organization and can be collected and assembled into the plan? And then it usually takes about four or five weeks preparing a draft of the briefing books to provide an initial read of the content and then make adjustments where needed.

Then there’s some communication and dialogue around these briefing books. There’s also, at the very early stages, a review of the participants to help place people in their ideal roles. This helps avoid things getting turned upside-down based on personality conflicts.

We find it beneficial to interview and have conversations during the planning phase with key stakeholders to understand what we want to make sure comes out of the event? What do you want to make sure some of the key take aways are so we can design the exercises and the discussions to drive toward those desired outcomes?

That first part takes about seven weeks of total time. Then you have the event and then there’s about a week of elapsed time after that. We’ll assemble all the findings, summarize all the content, and take pictures of all the exercises that will be up on the wall and provide a report that captures the day.

Cost varies depending on the scope of the engagement. Is it a global war game? Are you scrimmaging against one company or three companies? A typical, smaller scrimmage is normally $25,000 to $50,000 whereas a traditional competitive war game that has four teams with four different briefing books and all the required prep time and post time after, excluding out of pocket expenses (i.e., travel) is usually between $75,000 and $100,000.

The important aspect to understand is that it’s not $50,000 for one day. A successful war game requires months and then weeks after the event in bringing that single day together. And while 50k, 75k or even 100k for multi-day war games is an important investment to consider, it’s equally important to balance that with how the decisions and strategy that comes out of that investment has the potential to affect hundreds of millions of dollars inside your organization.

The briefing book or playbook itself is a big part of the fee structure. If you have four playbooks for example, those often are extremely valuable to the participants because they may never have seen one before on the competition.

A lot of companies have in-house intelligence functions or research facilities that do competitive profiles, so they may have seen bits and pieces, but not all may have compiled a document in the way a war game playbook evolves, so it can then be shared with others who didn’t participate in the war game. It gives everyone in the company an overview of the competition.

A WAR GAME IS ALL ABOUT COMPOSITION

Bringing everything together is where the magic happens. Assembling the correct briefing books – the proper topics, coupled with the right people who understand the market or the competitors enough so they’ll best represent the competitor view. That’s why the team configuration becomes important and why a master facilitator who can lead the exercise and then double as a leader of a break-out team is critical. You typically have a facilitator at each of the break out exercises to ensure the teams are doing the exercises right – that they’re not spending too much time on one piece of the exercise or not going off on tangents and to make sure that the outputs get produced that will inform the insights we need to elicit the right decisions.

The first element is expert facilitation. The second is having clear objectives aligned with the most senior sponsors of the engagement. Third is team member selection, so you get the right mix of personalities and knowledge. Fourth is quality briefing books. Fifth is the exercise selection. The sixth key element is capturing the prioritized action steps and then making sure that this follow up activity is implemented.

The worst thing is to invest, to have a tremendous game where everybody walks away excited with new learnings, and then slowly everybody falls back into their normal duties and jobs and nothing ever happens.

We make sure that at the end of that day, it’s very clear who’s going to take responsibility for driving forward these next action steps.

We also find it beneficial to educate senior leaders on how to use the learnings and make sure that the people who are reporting these findings to the senior executives are skilled at doing so and are very clear about how to get them to listen.

A lot of times even just a discussion with the senior executives about some of the outcomes of the war game and perhaps putting just one out of five things into play can be really motivating for the participants who were involved, because they realize they were heard and they saw that action was taken, vs. feeling “we did all this great stuff and now it’s been eight months and nothing’s changed.”

THE FUTURE OF BUSINESS WAR GAMES

Beyond having an impact on strategy, the leadership discussion evolves in these events and helps with business modeling. This involves not just making moves and counter moves, but understanding things such as what are the customer segments? What is our unique value proposition? Who do we need to have strategic partnerships with? Where are we going to get our next wave of revenue and what’s the cost structure against this?

Using war games can help innovation labs and innovation teams better understand areas that can evolve and leapfrog ahead of the competition. This is because war gaming can help you create your company’s next vision by being able to use tools that allow you to capture some really bold steps and initiatives – thinking way outside the box, being super creative and able to advance the organization.

HOW TO PREP FOR A WAR GAME BEFORE YOU’RE READY

You can ready your organization for a war game before actually engaging a firm like Proactive Worldwide to help you conduct one by understanding your current strategies and the assumptions of your business units. We are surprised how often organizations that think they are ready to run a war game don’t know the strategies or if scenarios are already in place. You can start a process of monitoring and tracking certain indicators to help learn which future scenario is most plausible? What is most likely to happen? 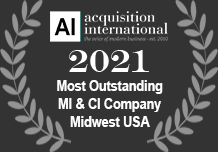